FUN AND GAMES AT THE TEXAS PINBALL FESTIVAL IN FRISCO 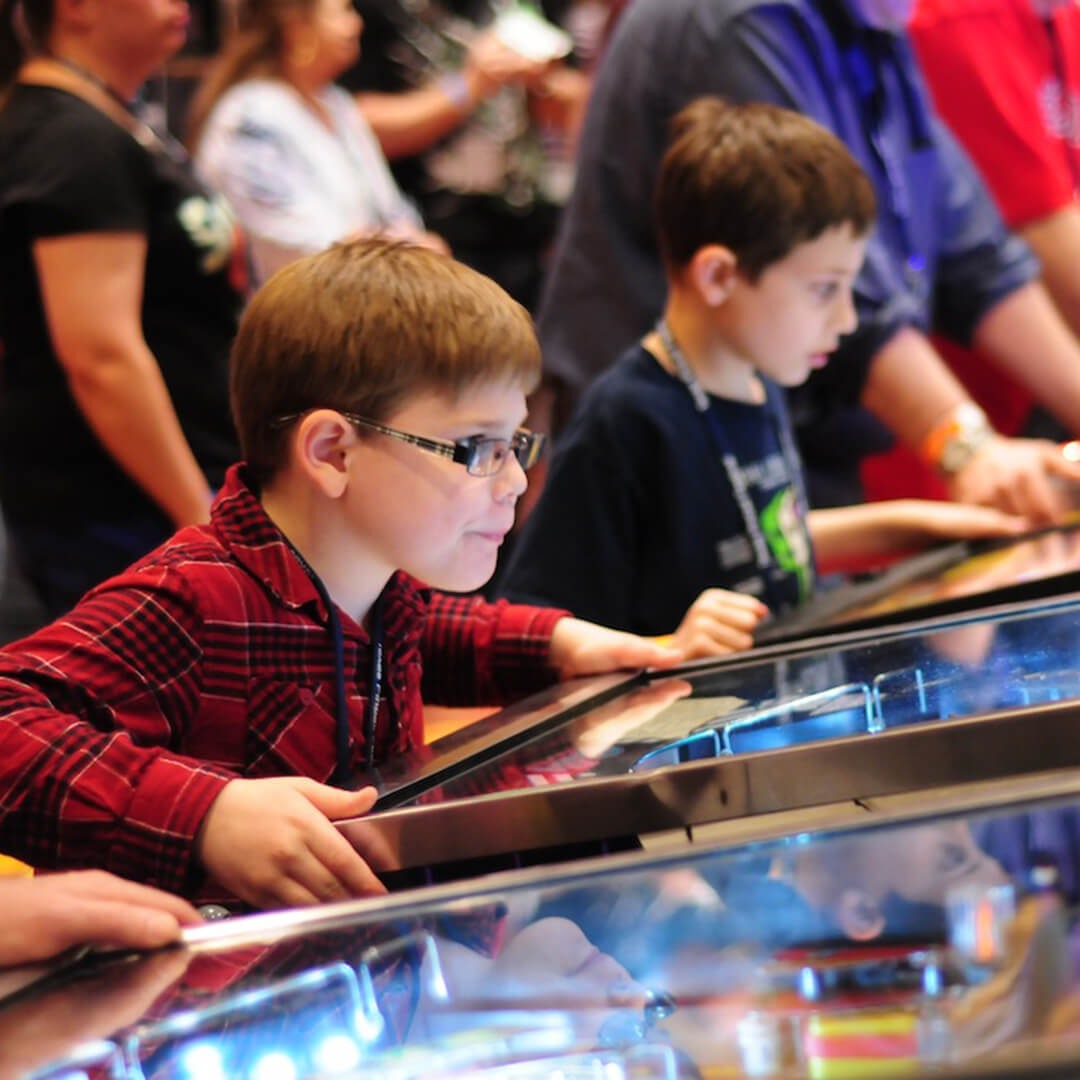 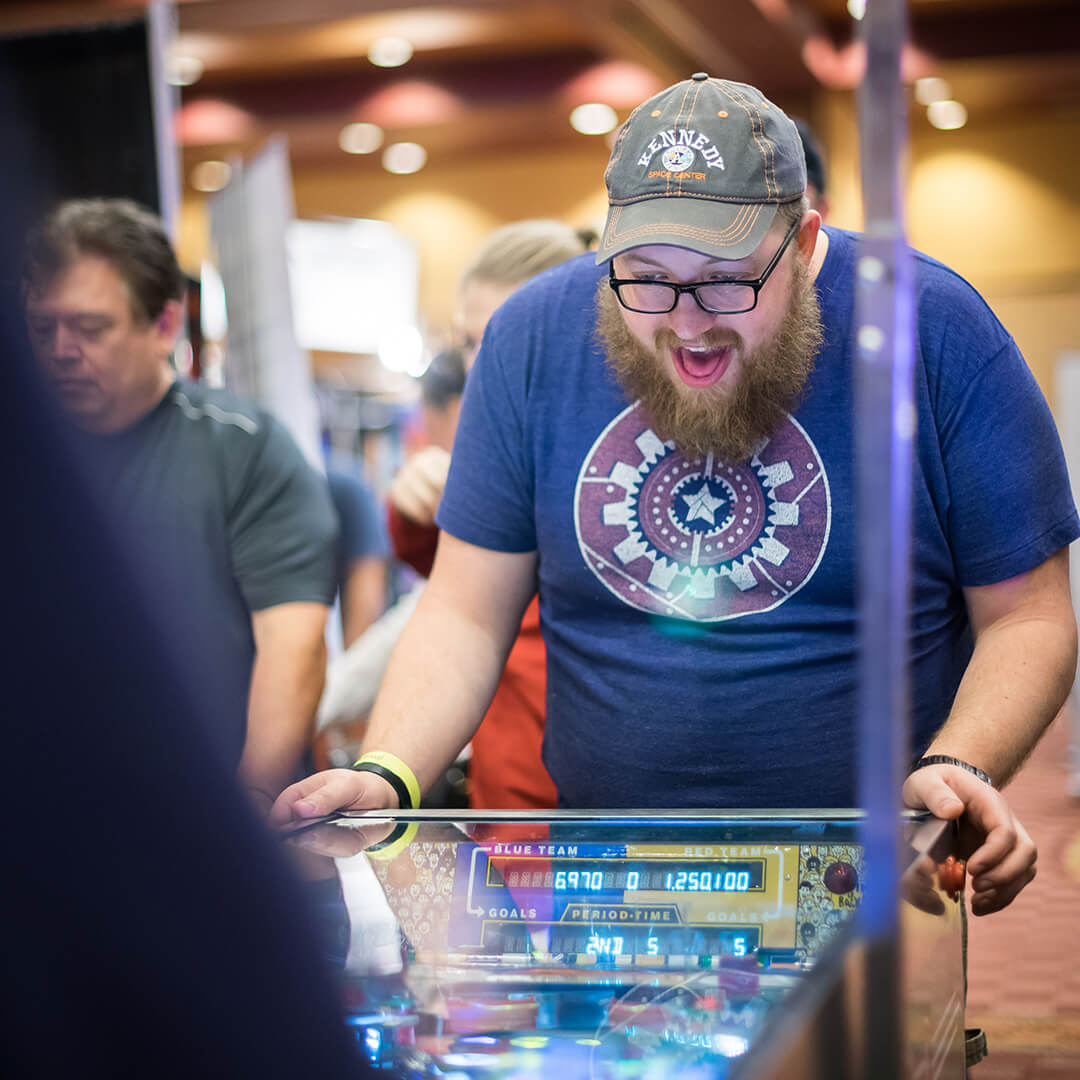 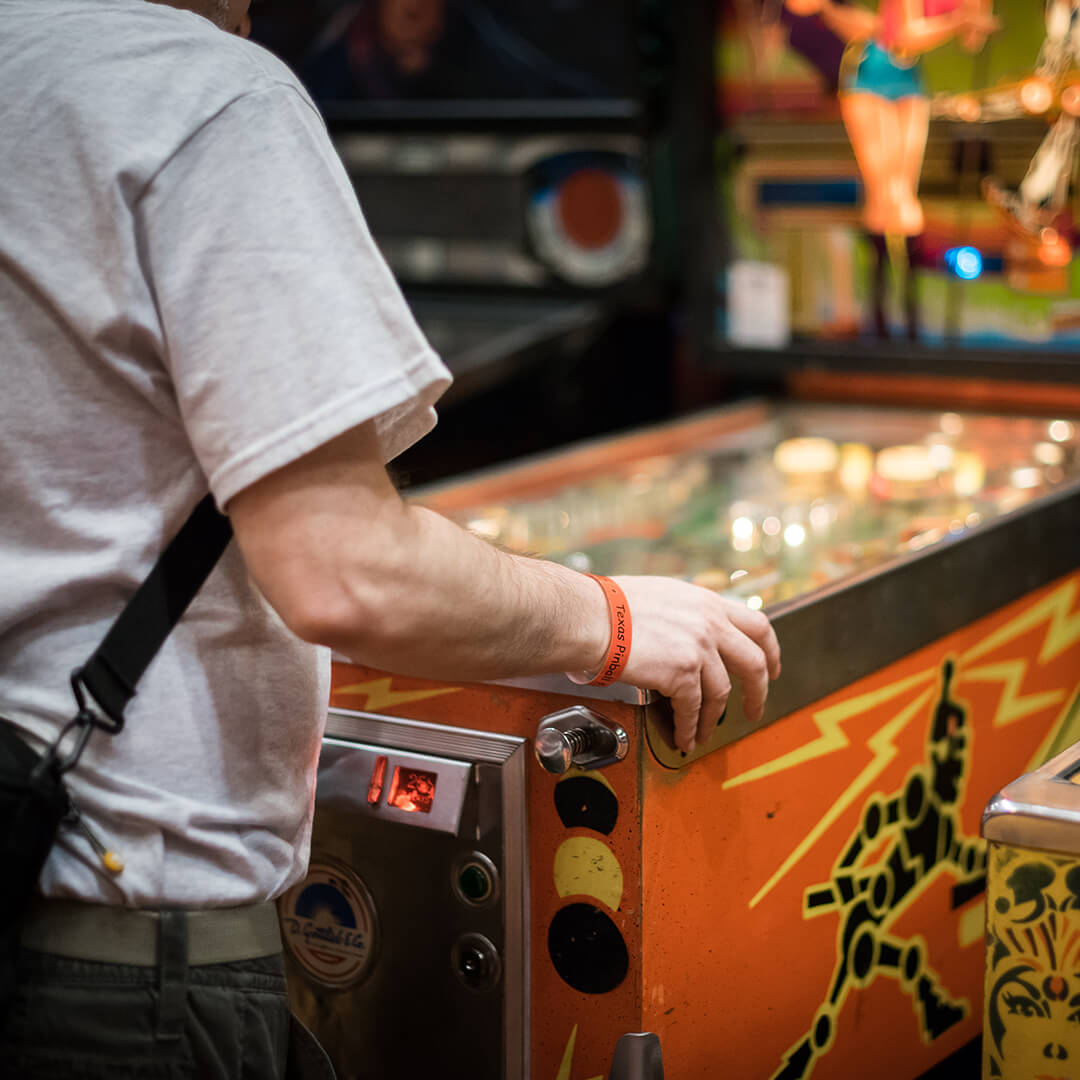 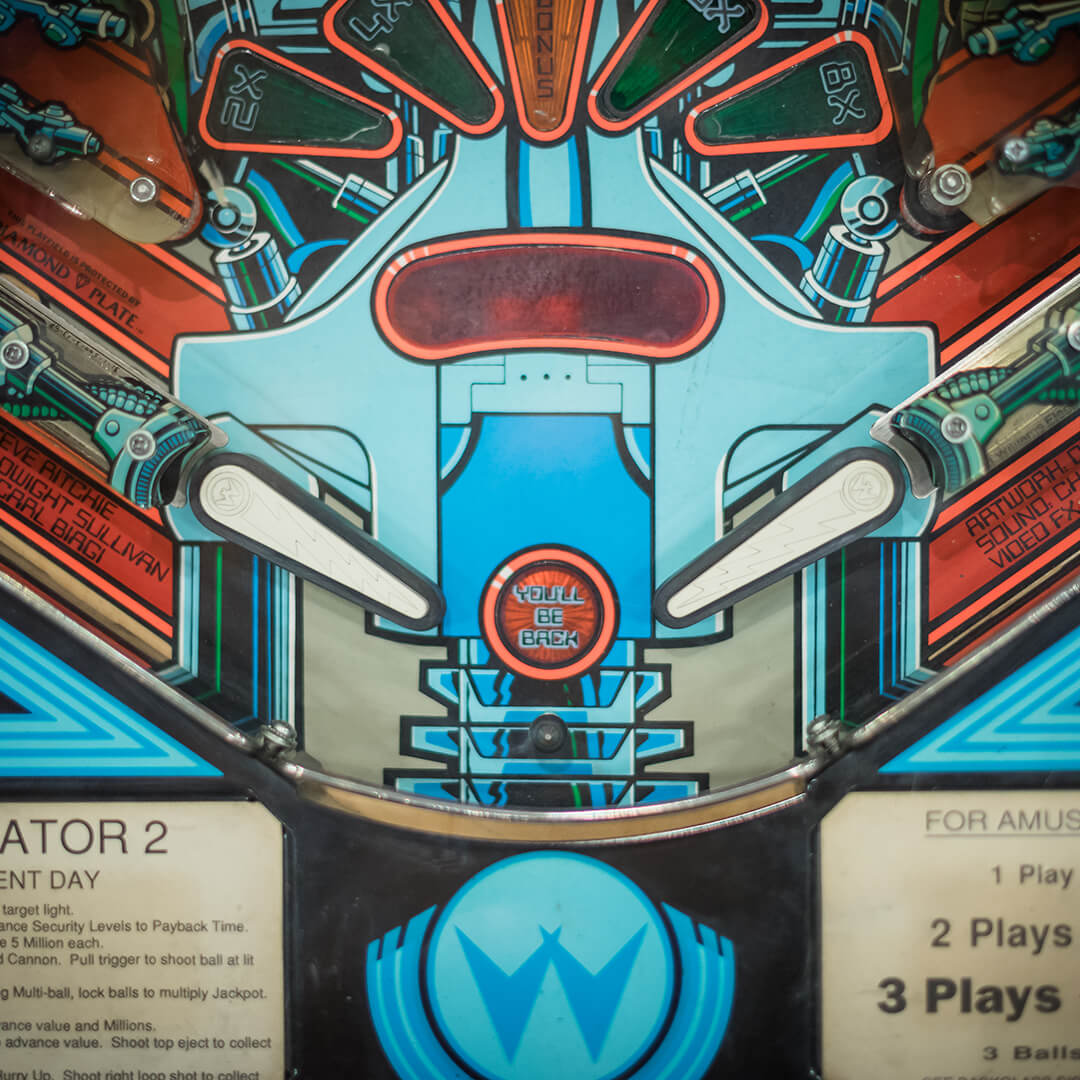 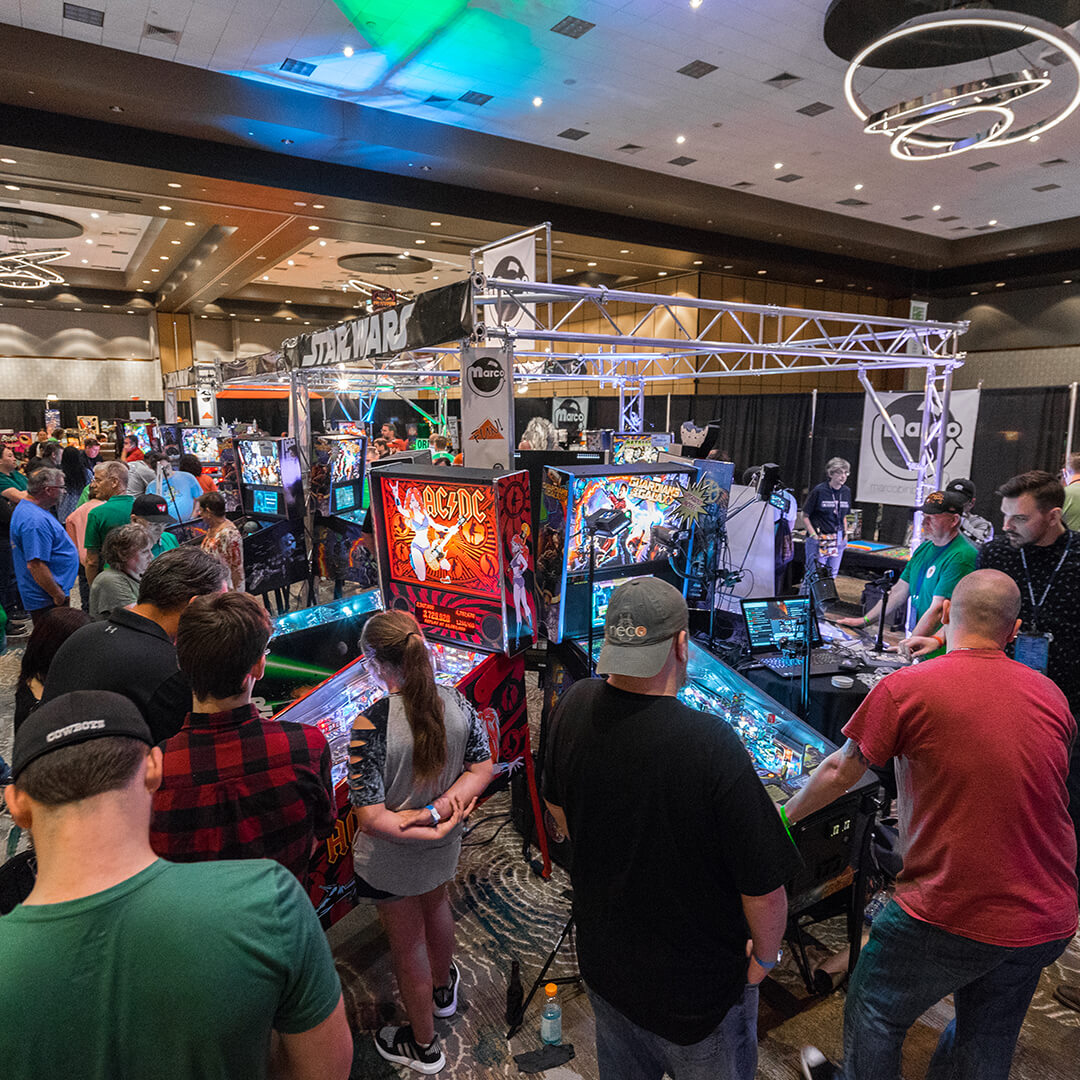 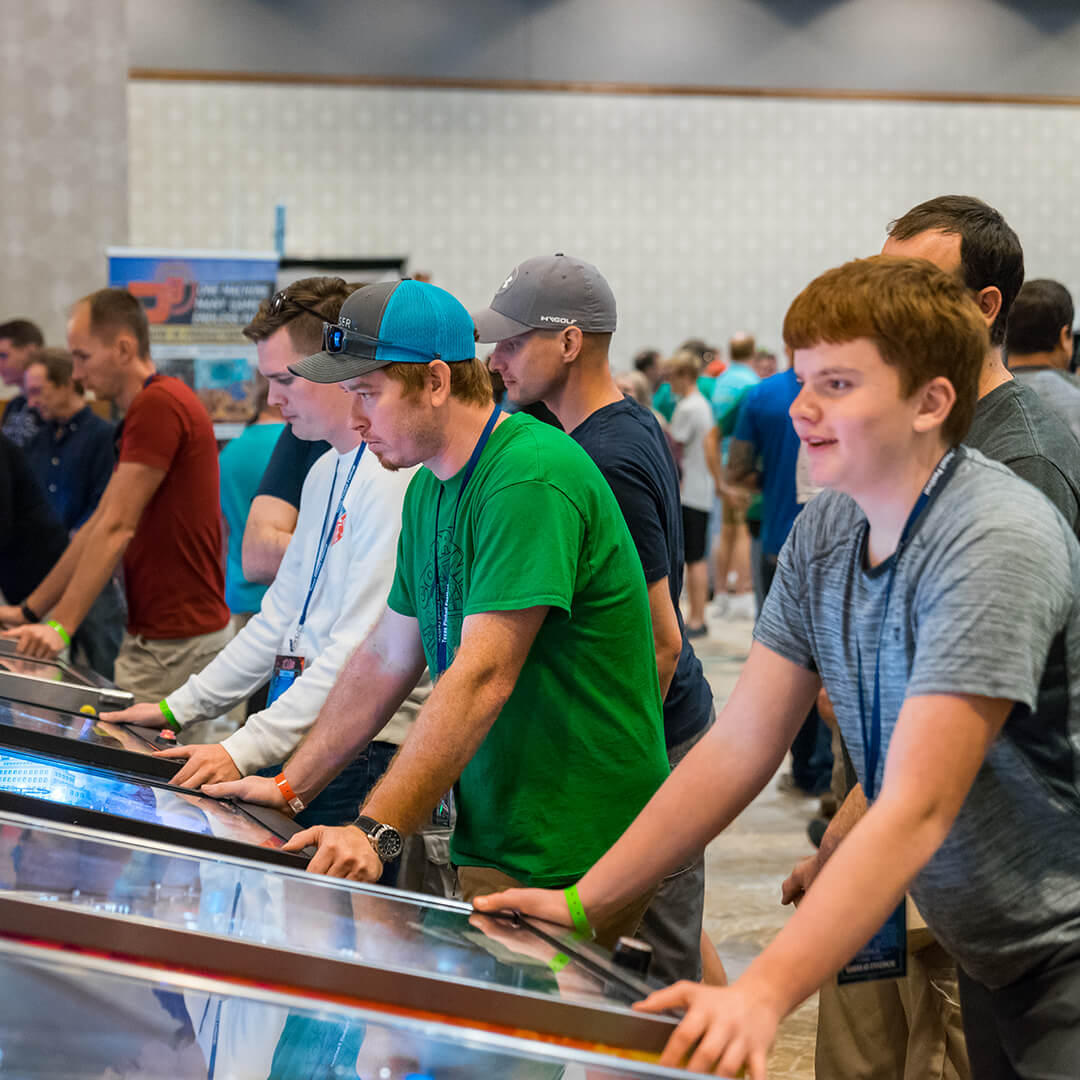 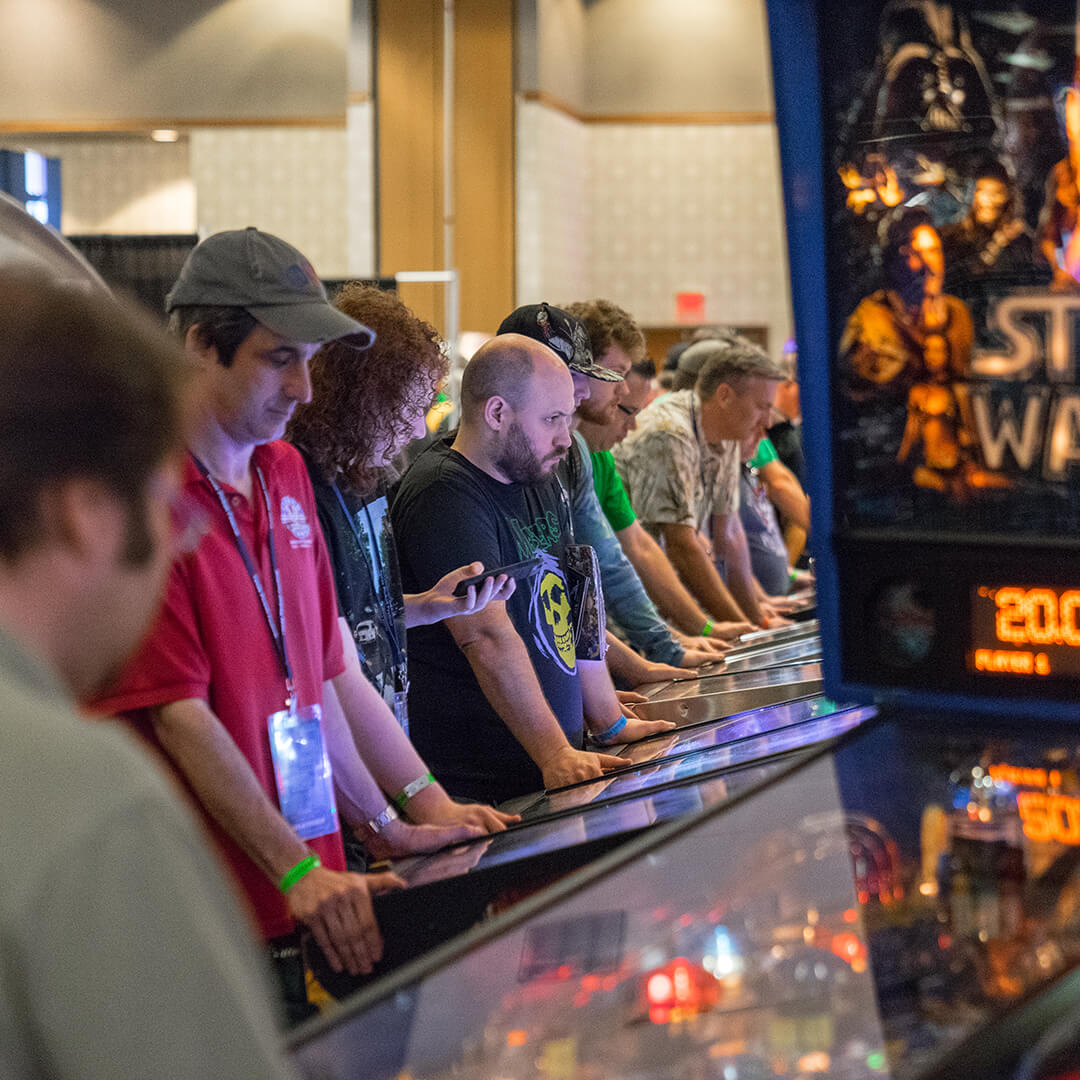 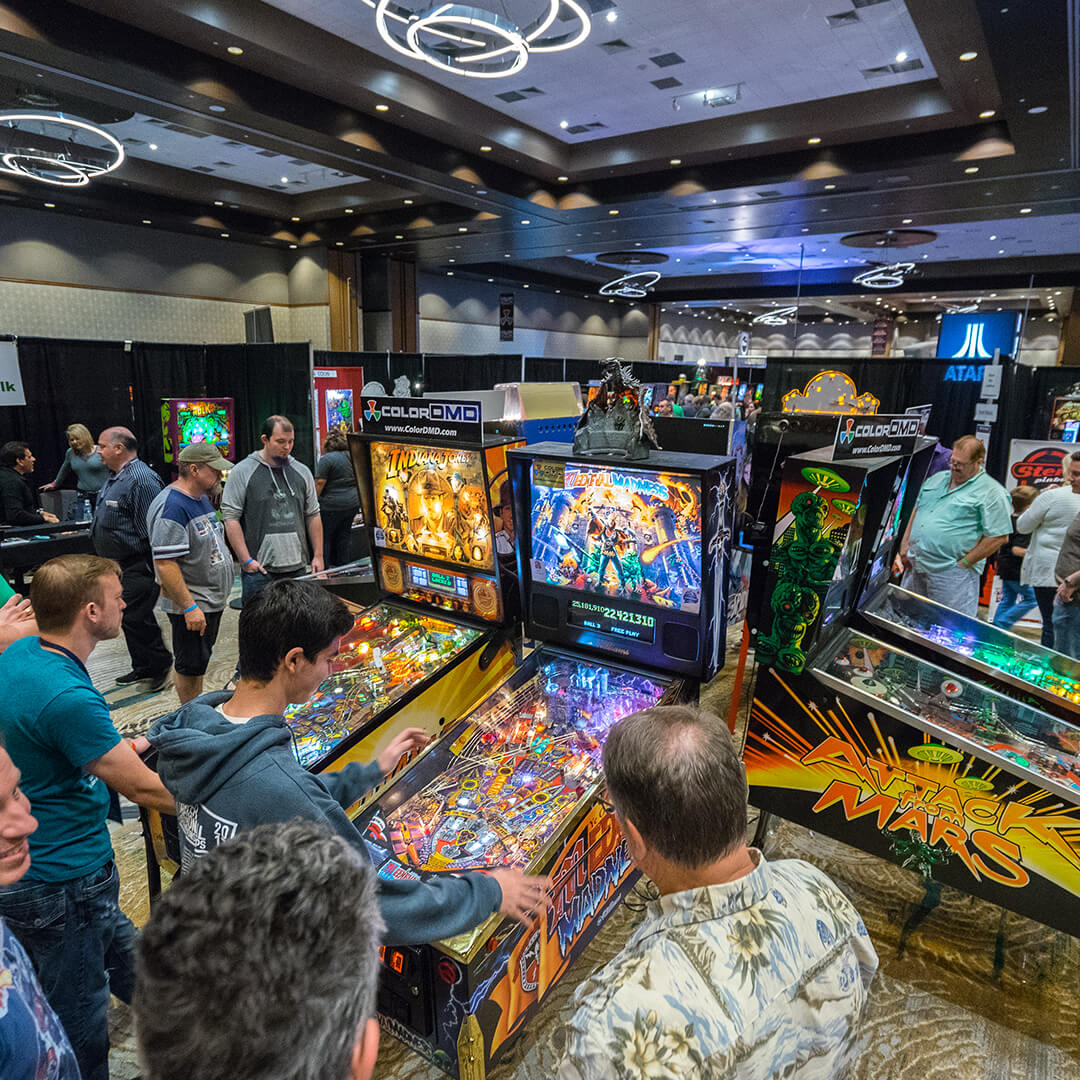 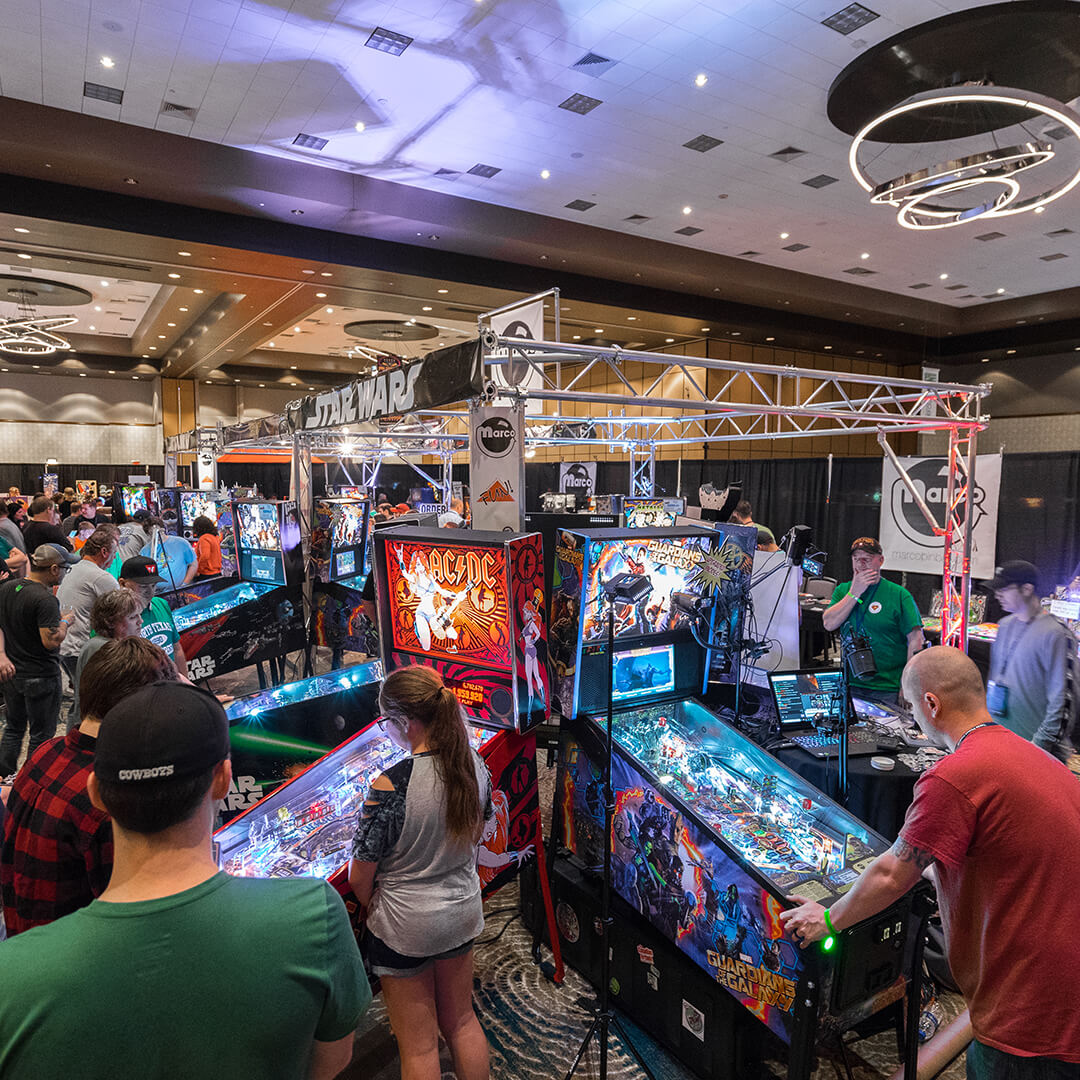 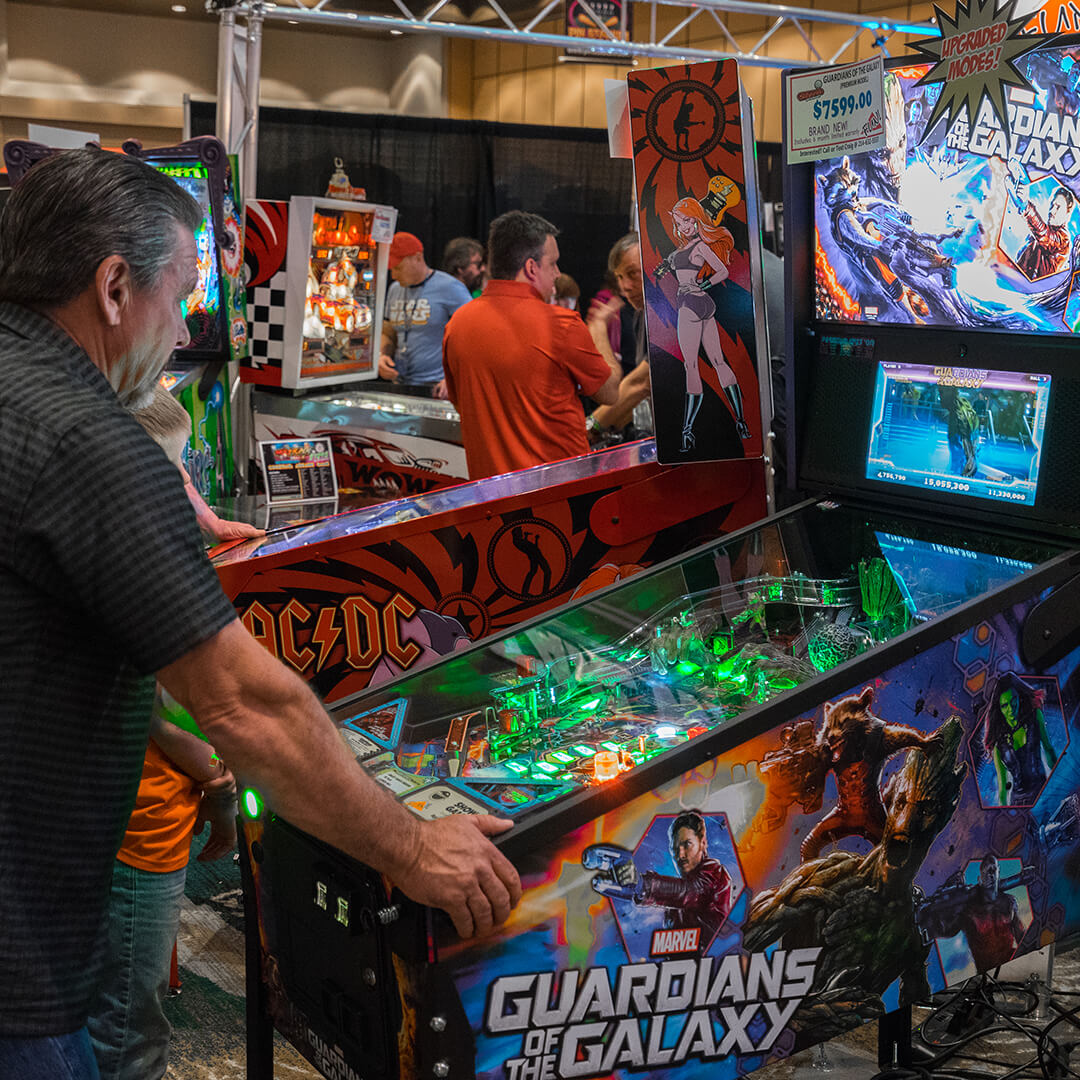 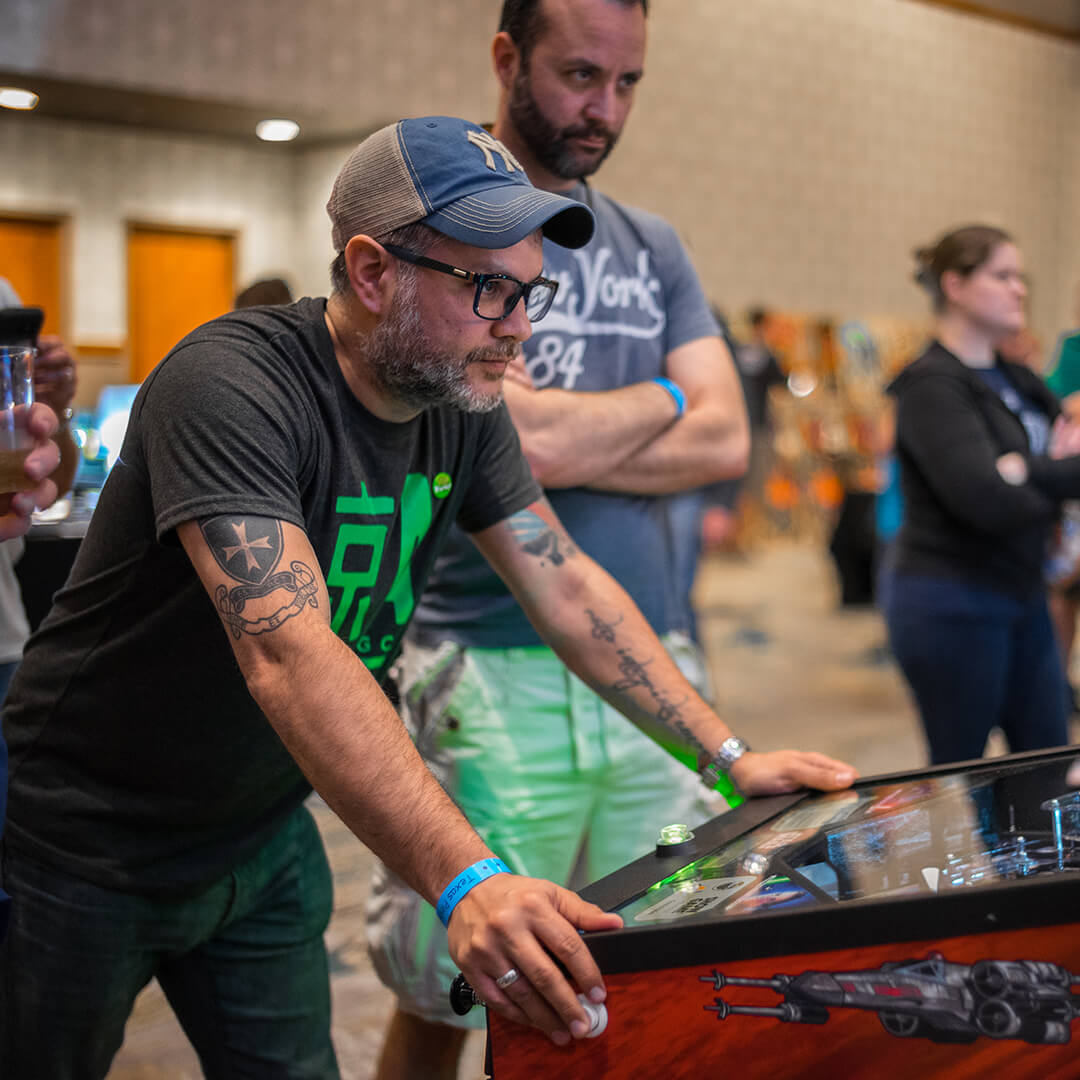 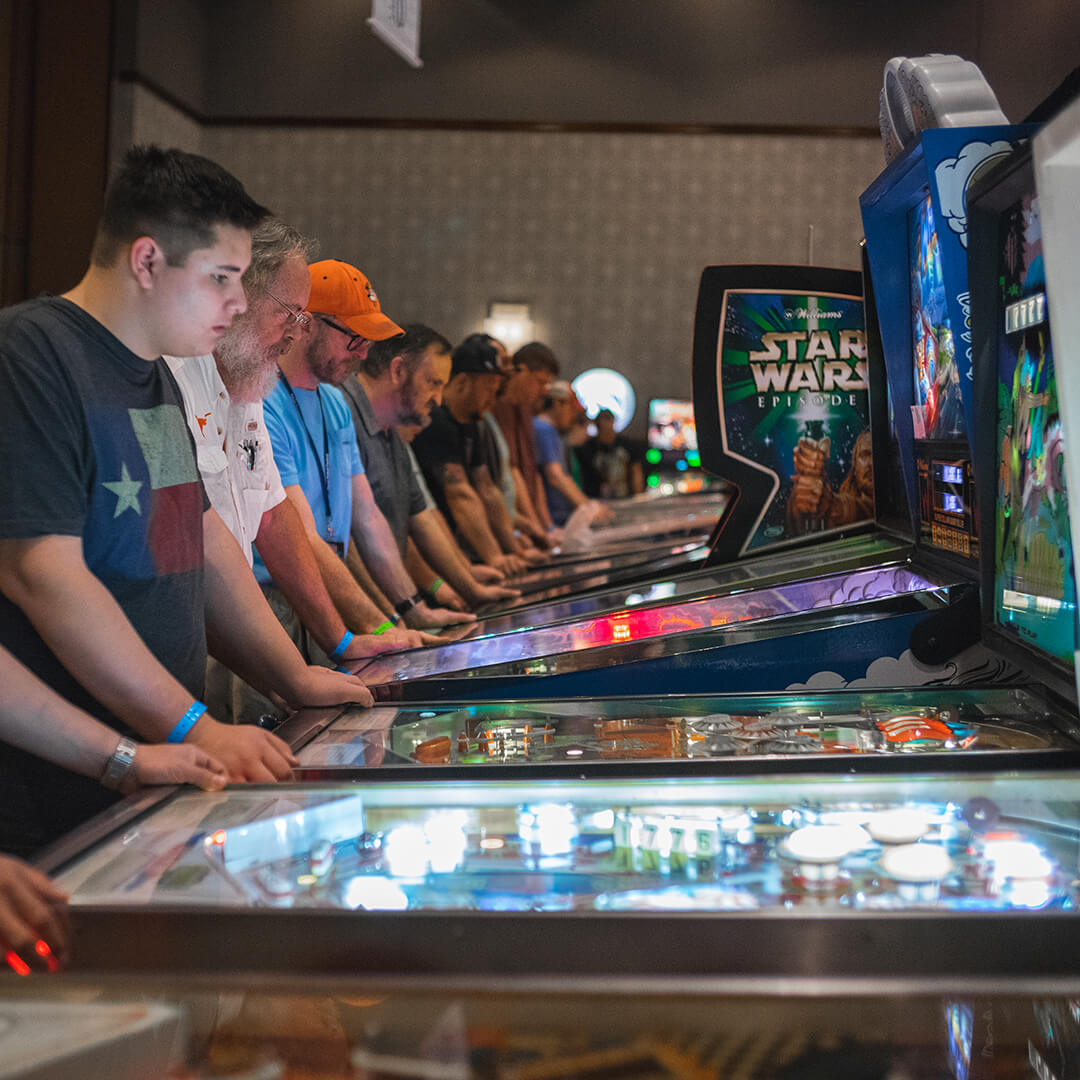 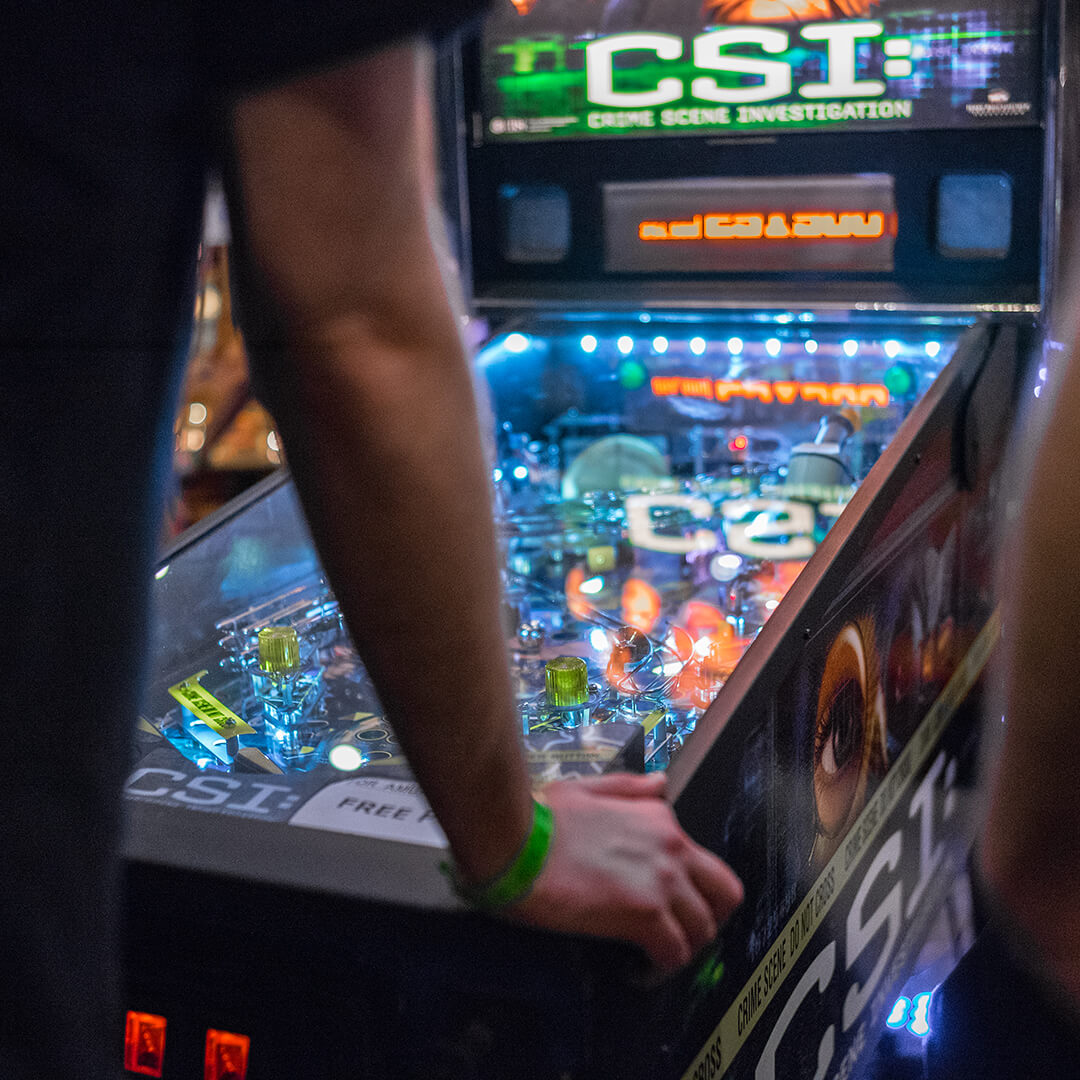 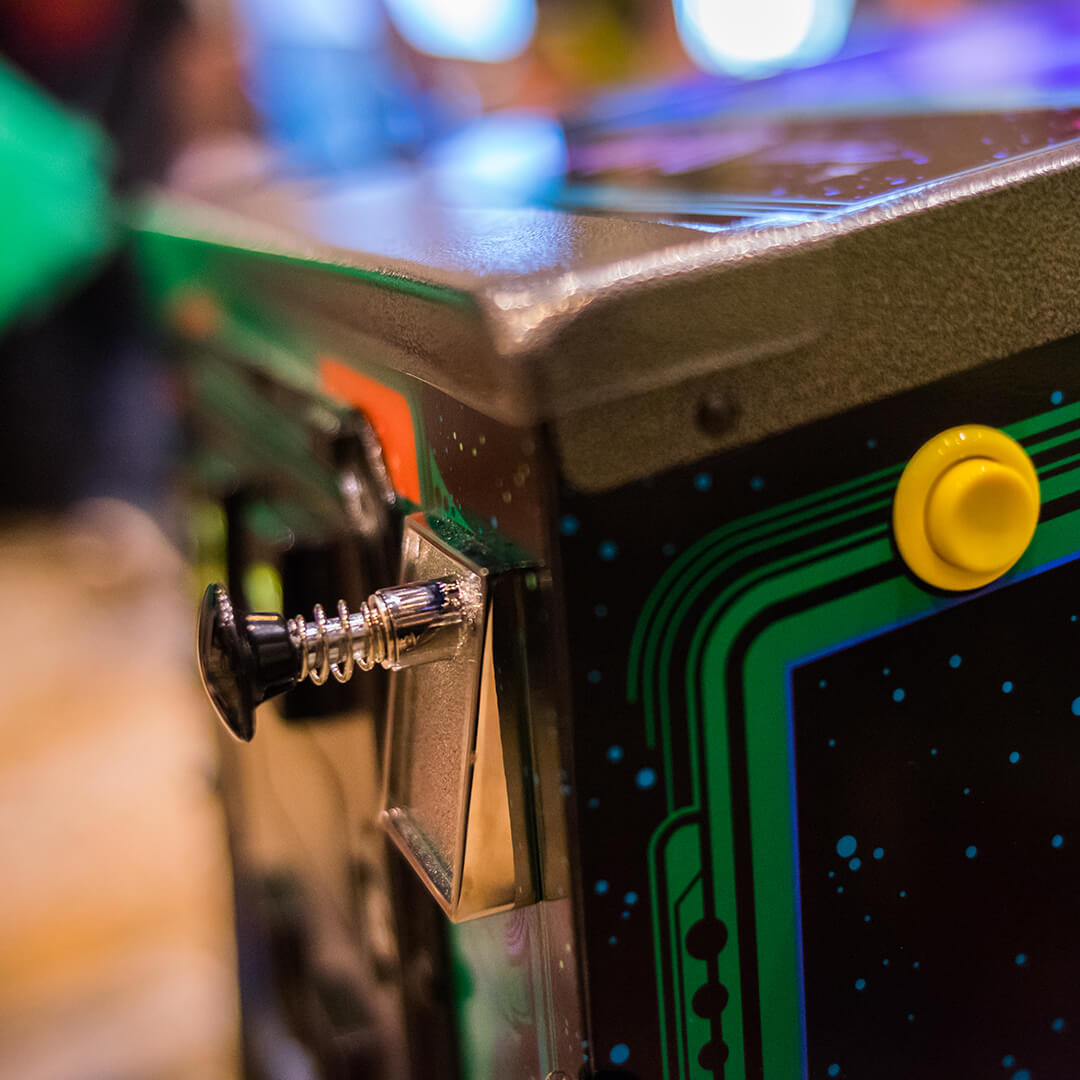 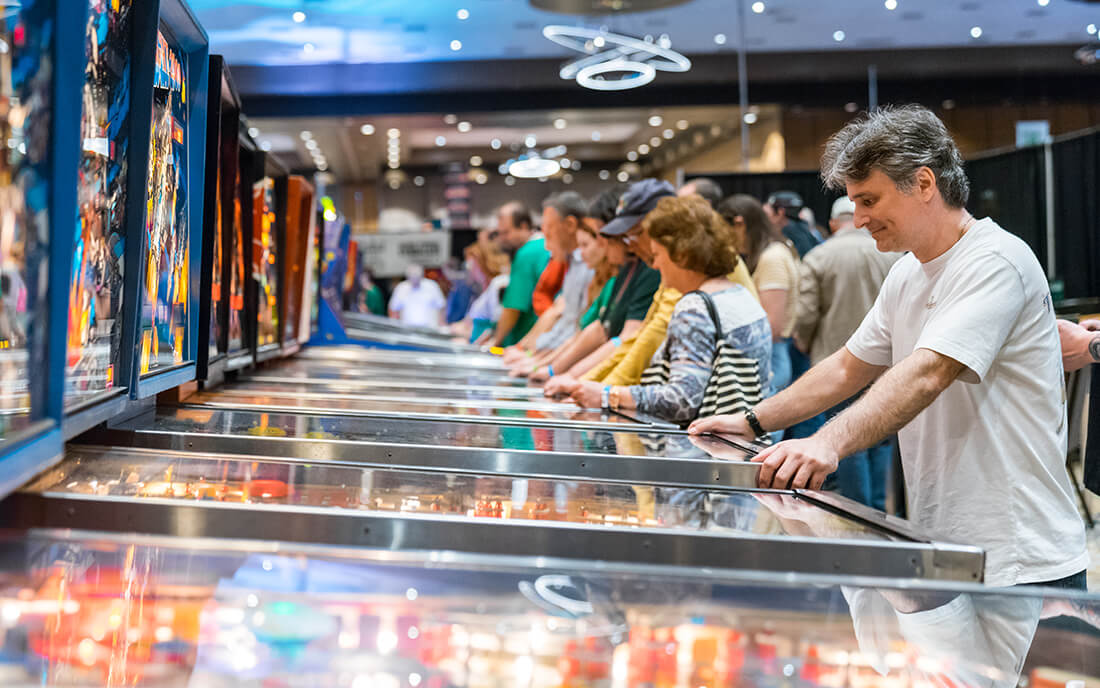 At the Texas Pinball Festival in beautiful Frisco, Texas, my watershed moment hit me on Day Two, while playing a game starring rock band Aerosmith. Whether you’re a fan of the band or not, it’s a gorgeous machine with ample bells and whistles: stunning colors, impeccable drawing of the band, plenty of targets to shoot for and lights that flash triumphantly when you make a smart move.

I’ve stopped at the machine because, for the moment, it has no line. Like all of the games at this pinball paradise, it’s set up for free play, i.e. you pay one price at the door, and can play any game in the house.

I’ve never played this pinball machine before, but it doesn’t seem to matter. I propel the ball straight into a tight slot. Ding ding! I send it coasting down the curving ramp. Whoosh. When it threatens to escape the playfield, I leap in with my flipper and save it in the nick of time. When it’s done, I feel victorious. Which machine can I smite next? 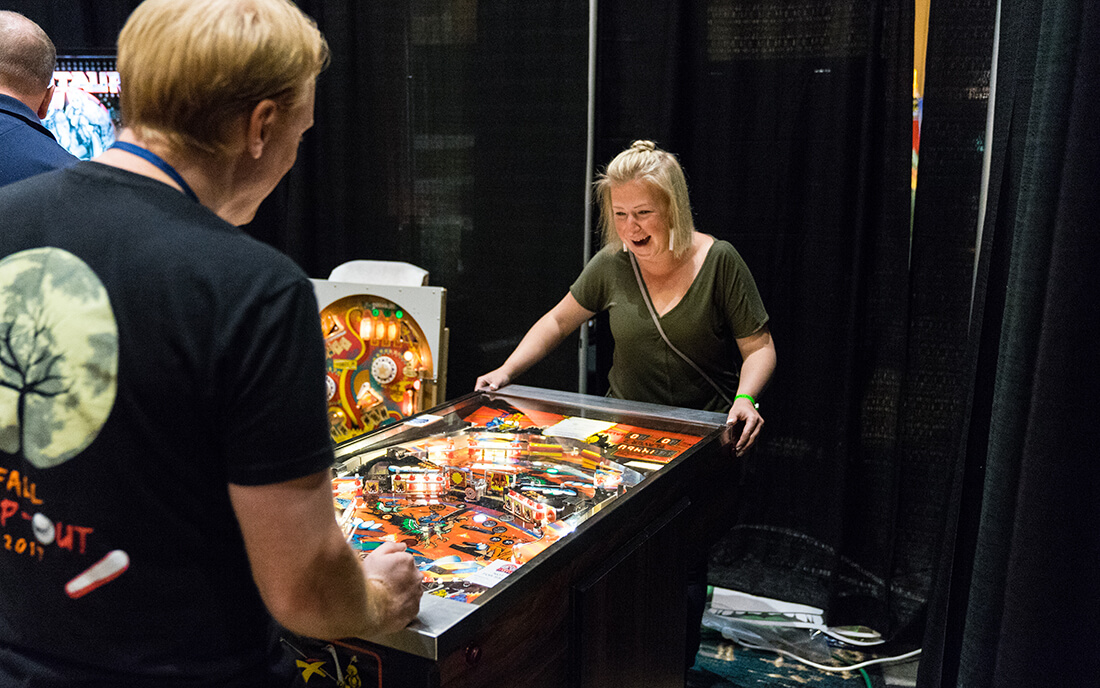 I don’t have to look far to find my next machine. There are more than 470 games, an all-time high at what has become the largest pinball show in the country. What started out as a nostalgic pinball fan club has blossomed into a massive event—one that draws nearly 5,000 attendees who savor three consecutive days of unfettered gamer bliss.

The festival’s home for the past few years has been in Frisco, at one of the Embassy Suites Dallas-Frisco Hotel and Conference Center beautiful ballrooms. They roll out the red carpet, bring in a variety of food trucks serving barbecue, tacos, sandwiches and more. And they host a pinball machine swap meet in the parking lot—where collectors trade parts they don’t want for pieces they need.

The success of the festival mirrors what’s happening in the real world too, as pinball is experiencing a major comeback. Old school pinball bars are one of the hottest trends, opening in cities across the country, as the retro games are embraced by a new set of younger fans. You can see this reemergence and diversification within the festival’s attendees. The core middle-aged male diehards are now joined by young punk rockers, women, families and kids. The Texas Pinball Festival will get better and better as the game wins over more groups of fans.

A Fun And
Welcoming World

With a wide assortment of machines both old and new, the festival offers an unwitting history lesson and tapestry of pop culture. A few machines are nearly a century old, with graphics that feel ultra simple and charmingly quaint compared to the vivid, black-light-tastic coloring and complex intricacies of the new machines.

Beyond the advances in technology, pinball machines over the years also offer a glimpse of the cultural icons of their era, from Charlie’s Angels to Dale Earnhardt Jr. to rock bands like AC/DC.

Some games at the festival are brand new, such as the Pirates of the Caribbean machine from Jersey Jack and Total Nuclear Annihilation from Spooky Pinball, one of the new manufactures that has sprung up in the past few years. Even if you don’t know which machines are new, you can spot them by the eager pinball fans scrambling to get their hands on them, or at least a front row spot to watch a lucky player play.

There’s a cool sense of community that prevails throughout the festival. I find myself admiring a 1994 version of Killer Instinct, a head-to-head style arcade fighting game that requires two people to play. Barely five minutes elapse before a young guy volunteers to join me in battle. It doesn’t take long to determine that he’s a far more experienced player; he slays me in a matter of minutes. But I manage to get in a few kicks before he decks me with a final punch. Pinball is a fun and welcoming world.

Vendor stands offer a relaxing respite from the raucous din, selling T-shirts and comics, custom and recycled machine parts. There are cool bumpers with glowing lightning rods, and hand-painted panels you can insert to create a new backdrop on your machine. One vendor estimates that more than half of the attendees own one or more pinball machines at home. Some haul an entire game to the event to sell. It’s a brisk market, with machines selling for $5,000 to $10,000 apiece. Next time I’ll bring my checkbook.

The most nail-biting portion of the event is the tournaments. This is serious stuff: endorsed by International Flipper Pinball Association, the tournaments are simultaneously broadcast online so that non-attendees can observe the action. Winners get trophies, and cash prizes, but bragging rights are the real reward, as you get to win amongst the game’s most diehard fans. Contestants must compete in all three of the generations of pinball games; modern, solid-state, and golden age. One warrior waits for his turn, his fists clenched with anticipation. He tells me there are three rules for pinball competition—Know your machine, work on your saves, and remain calm.

From there, all you gotta do is pull the plunger back, and let the ball rip. 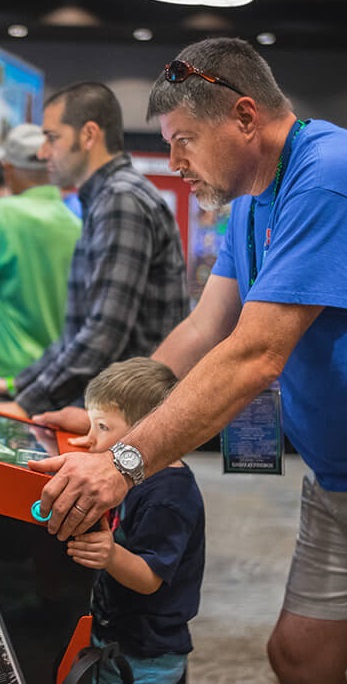