The Star in Frisco, Texas, is more than just a place for the Dallas Cowboys to practice. Truth is, you can practice football pretty much anywhere. But The Star is a destination. It’s a Place—with a capital “P.” A 91-acre campus, this place is all about football, and in addition, it hosts the Dallas Cowboys World Headquarters. Anchored by the 12,000-seat Ford Center and the elegant new Omni Frisco Hotel, The Star is a place for dreaming.

That’s why it was the perfect place to visit with my 13-year-old son, Tim. He’s a big kid, pretty athletic, and football has become his life. And like his Dad back in the day, he dreams of playing for the Cowboys. But I never made it beyond the high school field. Talent—or the lack thereof—had a lot of do with that. But looking back now I realize that even if I’d had the requisite talent I likely would not have made it to the pros. When I was Tim’s age, I lacked the maturity and vision to understand and embrace the work ethic needed to achieve long-term success in athletics. I had hope that Tim had the necessary talent to maybe someday be a Dallas Cowboy. But I wanted my son to understand now, at an early age, what I did not recognize until my mid-20s.

I’d carefully planned our visit to The Star around a two-day break in Tim’s own middle school pre-season practice schedule and around one of the handful of practices the Cowboys had open up to the public. At first, we stood in awe at the enormity of Ford Center. It’s a concentrated version of the Cowboys’ grand 80,000-seat game day home, AT&T Stadium, 40 miles away in Arlington. We took our seats on the 50-yard line, in the front row of the second deck. Yes, Ford Center has two seating levels, both lined with seats identical to those at AT&T. 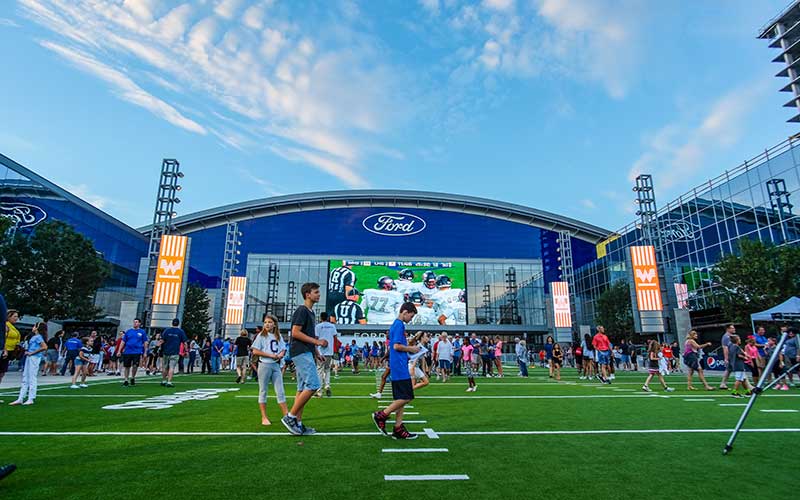 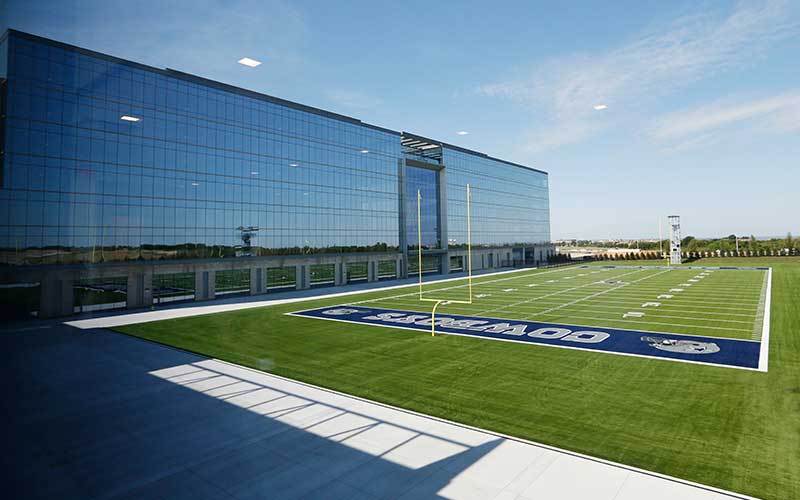 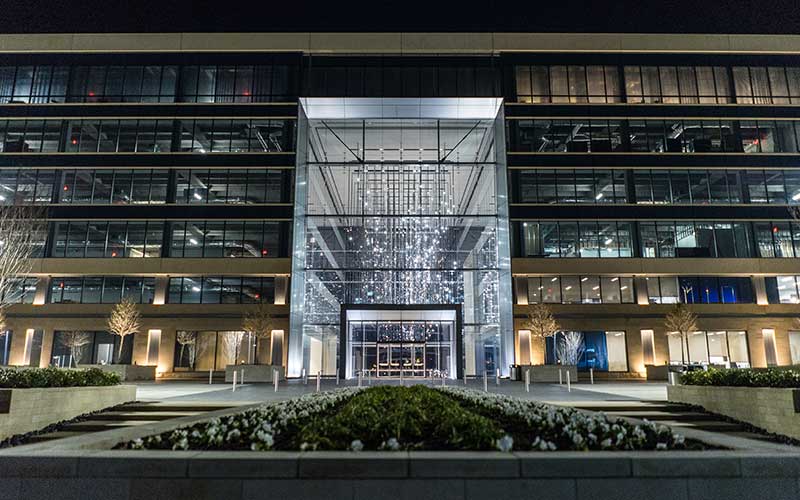 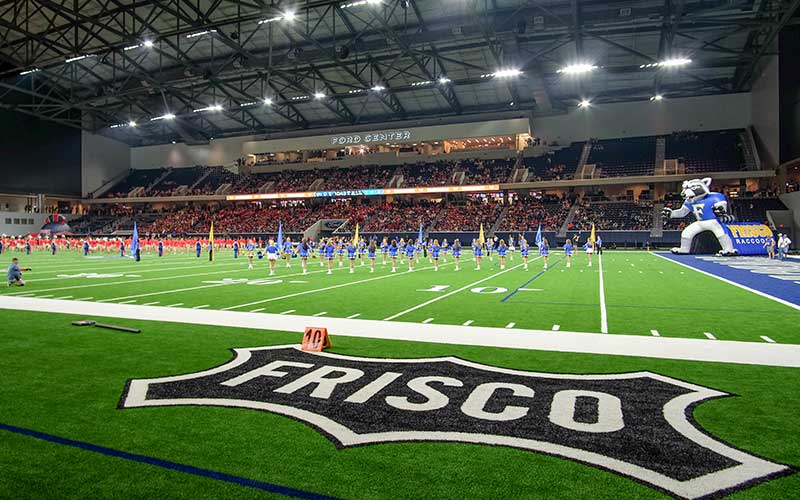 As breathtaking as Ford Center is, Tim’s attention was squarely focused on the field during the Cowboys’ two-hour practice session. This was a dream come true for him. The team not only impressed the huge practice crowd with their overall size, speed and athleticism, but also with the tempo at which they worked. Small groups of players drilled with their position coaches at various spots on the field with its giant blue-and-silver star logo. There were no wasted moments.

Tim later observed that the Cowboys got more done in two hours of practice than his eighth grade team gets done in a week of practices. That, I explained, is the difference between young boys playing a game and professionals working at the same game. He was, I think, beginning to learn some of what I was hoping he’d learn.

After practice, Tim and I realized we were starving. Lucky for us, The Star is loaded with food choices. The four-block development is home to more than 20 restaurants, including places like Tupelo Honey’s Southern Kitchen & Bar, noted for its quirky interpretations of down-home culinary classics like “Cathead” biscuits; Mi Cocina, a personal favorite with upscale Tex-Mex; and Dee Lincoln Prime, a new high-end steakhouse concept from the co-founder of the famous Del Frisco’s Double Eagle Steakhouse. We opted for City Works Eatery & Pour House, where we pounded down some half-pound gourmet burgers and fries.

After lunch we checked into the Omni Frisco Hotel, located adjacent to The Star. Once inside, I noticed smart choices in flooring, wall materials, furnishings and Cowboys-themed modern works of art made the minimalist interior design approach surprisingly warm and inviting. Upstairs, we discovered that each hallway and each room features a simple pencil drawing of a Cowboy Great. On our floor, we happened to have a drawing of Bob Lilly, “Mr. Cowboy.” Cowboy Rayfield Wright, arguably the best offensive tackle in NFL history, was featured in our room, where subtle, tasteful interpretations of the Cowboys’ blue and silver team colors mixed with earth tones in the linens, carpets and wall coverings to create a comfortable place to relax without feeling like one was at a team pep rally. 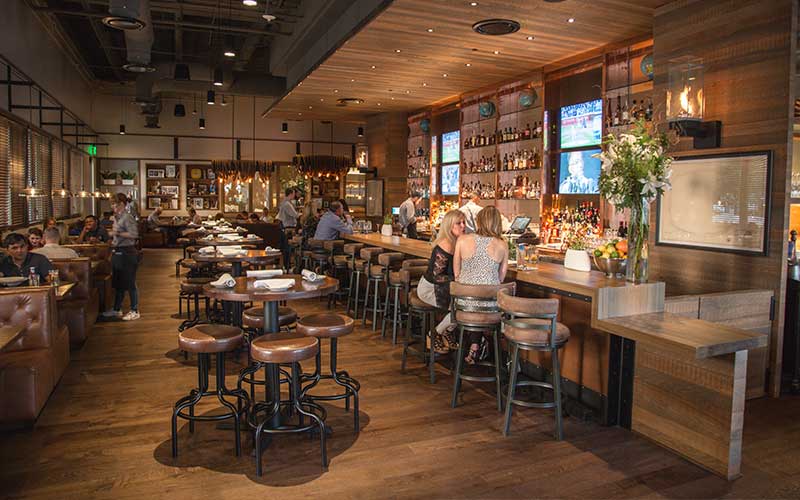 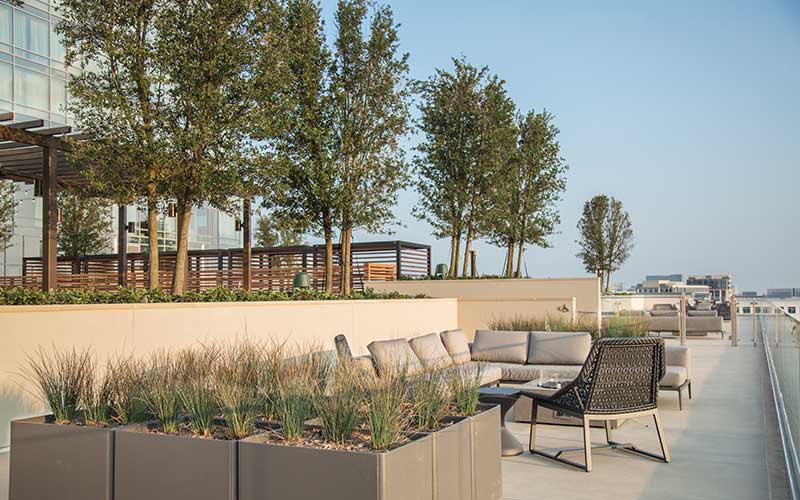 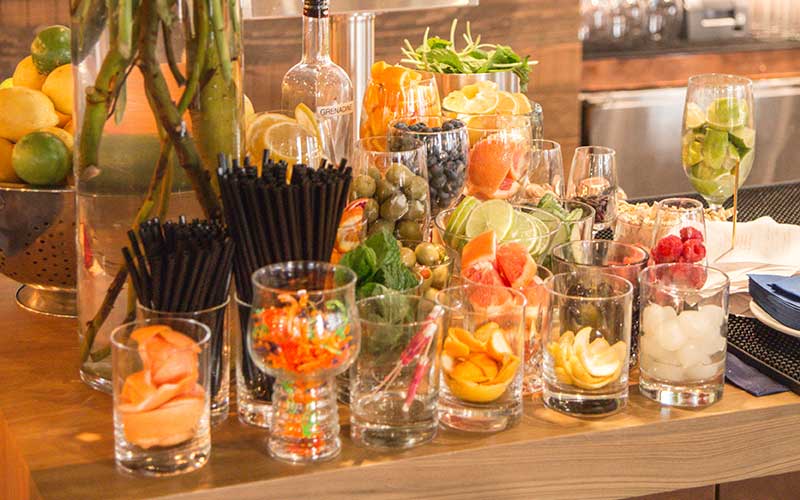 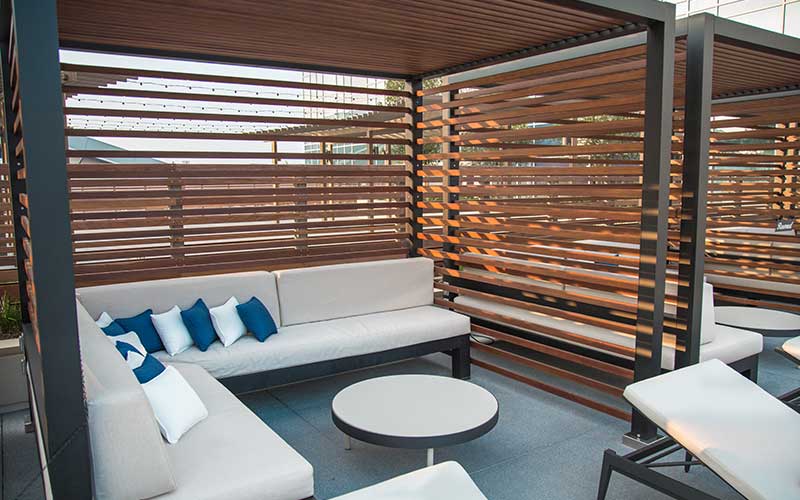 Fit for a workout

We changed into workout gear and walked across the plaza for a 90-minute session at the new Cowboys Fit gym. For Omni Frisco Hotel guests, a day pass to the 60,000 square foot luxury gym is only $10.

Tim was ready before I was, practically walking ahead of me in a fast pace. I had never seen this kid so excited to work out. He immediately set to lift a couple of free weights, which weighed more than him. Thankfully, I stepped in before this turned into an injury. Tim grinned. “But Dad, how else will I be a great football player if I don’t train like them?”

After a challenging workout, Tim and I headed into the locker room, which was the nicest, most comfortable one I'd ever been in. Not only that, but when we came upon the crystal clear waters of the pool, the Dallas Star was showcased at the center, and it was obvious from Tim’s expression that he was impressed too. There was also a health and nutrition bar, a shop with all the latest workout gear available and the Rowdy Room where parents can leave their young ones while they get in a great workout. With this many features and options available, you could be forgiven for thinking it was a resort!

A tour of The Star

A restful night was followed by the centerpiece of our trip—our morning tour of The Star. Tim had been looking forward to this ever since I mentioned it to him. He couldn’t wait to hopefully see one of his favorite players.

Hal, our friendly, funny tour guide was loaded up with lots of great Cowboys anecdotes from the team’s more than 55 years of history.

We learned fairly early on that while Ford Center serves as the Cowboys’ home it doubles as a high school stadium. Both it and The Star are the result of a partnership between the Cowboys, the Frisco Independent School District and the City of Frisco. Eight of Frisco high schools play their home games in Ford Center, as do their soccer and lacrosse teams. Needless to say, this got Tim’s attention.

“No way!” he turned to me, his eyes alive with excitement. He was already thinking about next year when he starts as a freshman.

After walking us through the “high school side” of Ford Center and out onto the field itself, Hal took us into the “Cowboys side,” where we sat in the huge team meeting and film room and checked out some of the smaller meeting rooms where players meet with their position groups and coaches. We strolled through the team’s immaculate dining facility, where two full-time chefs and a large team of helpers prepare properly balanced and nutritious meals not only for the hard-working and very health-conscious players, but also for the more than 200 non-player employees of the team.

Hal took us out on the Cowboys’ two outdoor practice fields, which happen to also serve as the landing zone for team owner Jerry Jones’ helicopter. He led us into the lobby of the team’s adjacent headquarters building, where the name of every Cowboy enshrined in the Pro Football Hall of Fame and/or the team’s own Ring of Honor, is etched into a metal plate embedded in the marble floor. He also showed us all five of the Vince Lombardi Super Bowl trophies won by the Cowboys, plus stunning copies of the five different Super Bowl rings awarded to players on those Super Bowl teams. Tim, as you might guess, was very impressed, and made sure to tell me—and others on our tour—that his goal was someday to earn a ring like that himself.

Near the end of our tour, we had the opportunity to stroll down the hall between the Cowboys’ locker room and their weight room, where most players will spend more time each week than they do on the practice field. We could see through the two-inch thick glass wall into the team’s weight room. I watched as Tim’s eyes grew to the size of dinner plates as he checked out not only the sheer amount of equipment available for the players’ training use, but also the impressive amounts of weight stacked onto the machines and lift bars.

Several players were working out at the time and Tim thought they must be defensive linemen based on their size. He was blown away when I told him that one was a safety and the other a linebacker—little guys by pro football standards. Then we saw 6’5”, 320-pound All-Pro offensive tackle, Tyron Smith. Tim was momentarily speechless as he looked on at his size and sheer strength.

Tim stood rooted to the spot, thinking. A look of pure determination shone on his face. I’d seen that look before, and it was one that I had been hoping to see before the end of this trip.

Seeing everything at The Star had shown him how much dedication it takes to reach the pinnacle of athletic performance. I knew that unlike myself at that age, Tim was starting to understand the value of hard work and the level of commitment he would need to reach the heights of a professional football player – maybe even someday, a Dallas Cowboy.